One Hundred Years of Vicissitude. 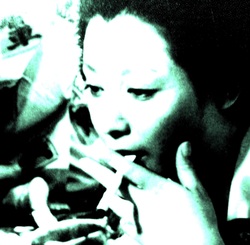 One Hundred Years of Vicissitude is a new book by Andrez Bergen five percent sequel/prequel of Tobacco-Stained Mountain Goat—and 95% something else entirely.

"First up, a disclaimer. I suspect I am a dead man. I have meagre proof, no framed‐ up certification, nothing to toss in a court of law as evidence of a rapid departure from the mortal coil. I recall a gun was involved, pressed up against my skull, and a  loud explosion followed."

Thus begins our narrator in a purgatorial tour through twentieth-century Japanese history, with a ghostly geisha who has seen it all as a guide and a corrupt millionaire as her reluctant companion. Thrown into the milieu are saké, B-29s, Lewis Carroll, Sir Thomas Malory, Melbourne, 'The Wizard of Oz', and a dirigible - along with the allusion that Red Riding Hood might just be involved.