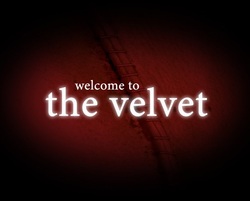 "I’m chuffed you like that angle, since it came later on in the development of the story. Floyd, for me, always was a bit of a cynical last-hero-standing, a kind of Charlton Heston type circa Planet of the Apes or The Omega Man.
But at some point I began to wonder what I would do or act like if I were cast into the same situation as Floyd. At around the same time, from about 2005, I was heavily back into rediscovering noir cinema from the '40s, and watching a lot of Akira Kurosawa’s post-WWII domestic dramas like Stray Dog and Drunken Angel. Throwing all these things together as part and parcel of Floyd’s character seemed like a good idea at the time, and I still like the depth and layers it brings. It also added to a sense of "otherness" for Floyd, since half his dialogue and his way of thinking is out-of-whack with everyone else—old fashioned and nostalgic, I guess."

Courtesy of Gordon Highland @ The Velvet

"I turn over the content of the book in my mind. It’s one of those slippery new works that warrant a hyphenated mess of an introductory sentence, so promiscuous has its author been with the genres on offer. TSMG is a curious, whiskey-sipping ride through the lanes and ways of a Melbourne less pleasant and more fenced, segregated, crumbling and hostile than our own... The rich rule while the poor scuttle through their decaying city trying to live, love and enjoy themselves—a struggle we witness through the chain-smoking, hard-drinking, tragic figure of Floyd Maquina." 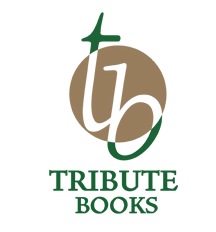 “It could be one hundred percent bona fide reality, or one hundred percent surreal sham. But it is a contemporary homage to old skool detective noir, thrown into a blender with low-brow sci-fi of the near future and current social trends that are pervading the Western world – with the last city in the world being Melbourne, Australia. So I guess if you’re from Melbourne it’s easier to pick up on the realism.” 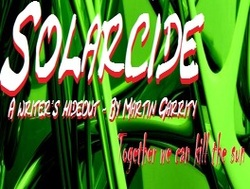 "TSMG is also homage to the golden age of film noir. It’s a cigar puffing, whiskey sipping, piano playing, bar lout, and the book may very well stir up memories of a black and white nature. Andrez makes a million and one references to movies (The Third Man and The Maltese Falcon, in particular, are heavily drawn on) and the settings are stuffed to the margins with inspiration from this classic era of cinema."

"Perhaps the book industry isn’t doing so well, but that hasn’t stopped Andrez Bergen from writing. The Australian-born expat recently added the title of novelist to his extensive list of achievements. And in true Aussie fashion he says that to be a writer ‘you have to love the written word and the way it interacts with its little mates on the page.’ Living in Tokyo, Japan for the last ten years, this self-described ‘idiosyncratic’ released the book Tobacco Stained Mountain Goat in April, and has achieved what some others may only ever dream..."

"When I went to Detroit in 2004 to DJ, the people putting on the party took me for a spin through the inner city. That was a riveting eye-opener for me; there’s nothing like that in contemporary Australia or Japan. Although the recent earthquake and tsunami left a similar legacy, that was after I finished the novel. I remember seeing these ruined, grand old buildings and derelict car factories in Detroit, like the huge Packard plant, and thinking that this was what the novel’s no man’s land, Richmond District, would be like – with the added bonus of constant rain."

"I think the recent undercurrents shaping things out there in the “real” world weighed in on my subconscious during the rewrites of the novel, particularly over the period 2005-2009. But the vision of this future dystopia is one that’s lurked in my imagination since I was a teenager, probably after too many viewings of the original Planet of the Apes, Blade Runner, Brazil, Catch-22, The Omega Man, A Clockwork Orange, and their ilk.  Then there’s the bleak examinations of society that come across in Carol Reed’s Odd Man Out, Akira Kurosawa’s Stray Dog, Billy Wilder’s Ace in the Hole, and so on. Put them together and you get trouble.I’m not sure being Australian added that much impetus, although the weather in Melbourne is notoriously patchier than picture-postcard places like the Gold Coast. The city in Tobacco-Stained Mountain Goat, to my mind, could be any Western metropolis – in the original versions I left it unnamed, but a part of me always felt it was Melbourne. Having lived in Tokyo for a decade, I got nostalgic for my hometown and decided to make that the setting. Besides, Melbourne’s played last city before, in Nevil Shute’s “On the Beach”. 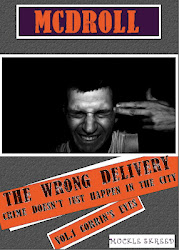 "Right now it’s 6:00 a.m. here in Tokyo, it’s still dark, winter, and I’m loaded up on a medicinal supply that veers between no apparent effect, making me insanely thirsty, and rendering me flighty and bubbly. Sometimes all at the same time. The meds are taking on the grand master challenge of fighting this bacteria that lurks within – and my poor, woe-begotten body is the battleground.It makes me think of Fantastic Voyage, without the funky miniature submarine. And that’s the sad extent of my thinking this morning."

Courtesy of Fiona Johnson (aka McDroll) @ I Meant to Read That...

"At one stage the thought did cross my mind about blagging my way onto the Crime Scene NI blog by intimating that I had strong Irish connections. I mean I have a grandfather who was named Paddy (from Patrick) and my dad’s called Desmond. I often say “ta” in place of thanks; I was baptized a Mick, and I do like to celebrate the alcoholic excesses of St. Patrick’s Day.
But these little truths lilt a bit when you shove them under the spotlight of reality."

"Melbourne’s my hometown – I was born there and even now, a decade after leaving, I still feel a huge affinity for the place. And Melbourne is somehow appropriate to be the last city in the world… it plays the same role in Nevil Shute’s On the Beach, and I always remember the Hollywood take, starring Gregory Peck and Ava Gardner. It also helps that I know the city like the back of my hand, which aids some of the descriptive nonsense you toss about in novels." 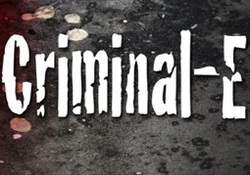 "I ended up going with my publishers at Another Sky Press in the U.S. mostly because of their philosophy and a superb ‘punk’ ethic I love. I’ll ‘fess up here, I was a post-punk in the late ‘80s with a hack orange mohawk, and even though I’ve always been wary of particular fixed ideals—a lot of punk and hippy concepts drive me batty—I do love the DIY/indie/quid pro quo dream."

"Scrawling out large chunks of self-indulgent fiction always was a bit of an escape hatch for me – I cobbled together my first story in the second year of primary school. It snowballed after that, often to obsessive extremes, and I wrote my first novel – pretty awful, derivative sci-fi – when I was sixteen. I also always dug movies, thanks in large part to my parents, so once I started university I began to write for the uni newspaper, mostly on movies and music. Later on I was the editor of a music-related street-press publication for a couple of years, and after that freelanced about for magazines like Mixmag, Filmink, Geek Monthly, Australian Style, Impact and Anime Insider, as well as newspapers The Age (Australia) and the Yomiuri Shimbun (Japan) – between which I continued to potter away on the old workhorse, fiction. More recently the distinction between the two outlets has become blurred." 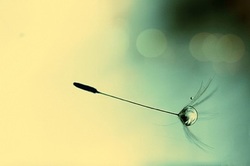 "I guess in terms of longevity my favourite novelist would be Raymond Chandler, with close seconds served up by Dashiell Hammett (I love the take on noir/detective fiction both men produced), along with people like Joseph Heller, Kristopher Young, Philip K. Dick and Haruki Murakami for their surrealist humour and ideas – and I’ll always have a soft spot for Dr. Seuss, the master of both. I’m a big fan of Umberto Eco, James Ellroy, Edith Wharton, Ryu Murakami and Graham Greene.
Screenwriters would have to be Charlie Kaufman, Orson Welles, John Huston, Akira Kurosawa, Satoshi Kon, Terry Gilliam, Tom Stoppard, David Peoples and Mamoru Oshii – but there are lots more."
Courtesy of Jo Vraca's The Writers' Quarter 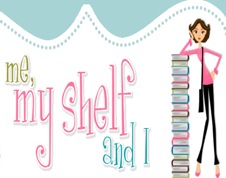 "When I was a kid, just a wee tacker in primary school, I vividly recall staying home sick from school one day and watching the midday movie on the TV. I loved Bob Hope at the time, and this was one of his lesser known and less respected films, a 1956 romp called That Certain Feeling. It co-stars the great George Sanders, who at one stage watches a dirty-looking dog run through his swanky home, and he says “Get that tobacco-stained mountain goat out of here” in that suave British dialect of his. I had a bit of a minor debate with my editors early on in the piece about using Tobacco-Stained Mountain Goat as the title of the book. At the time they didn’t feel it was appropriate, but I think during the course of the editing journey since then they got attached to TSMG too."

Courtesy of Amber's Me, My Shelf & I

"If the reader winds up the novel and feels happy with the way it finished, along with the bumpy ride itself, then that’s brilliant. If the reader also then gets inspired enough to check out the classic noir influences like Raymond Chandler, Graham Greene and Dashiell Hammett, and the film versions of their books, then I’d be chuffed there as well."
Courtesy of Anna Harte's Quills & Zebras

THE NEXT BEST BOOK CLUB 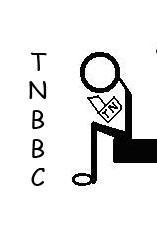 _
"When Andrez Bergen, author of Tobacco-Stained Mountain Goat, pitched me his novel, I was struck by the odd title. Hook. Which lead me to check out the description and existing reviews on goodreads. Line. Which then found me accepting the review copy he was offering. Sinker. Who the heck can pass up a story about a post apocalyptic sci fi/noir full of guns, kidnapping, and conspiracy?!?! The icing on the cake? His willingness to take me behind the book, and tell us the story of how it all came to be. Today, I am sharing that story with you in the form of a guest post..." 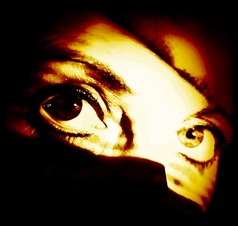 “Tobacco-Stained Mountain Goat is sci-fi-lite, at least according to one of my mates — which surprised me since I believed it safely slotted into the sci-fi genre and I didn’t know there was a style called sci-fi-lite. Probably he was making it up.
Most people are now telling that TSMG is far more oriented toward noir than science fiction, which I guess is attributable to the heavy influences of Raymond Chandler and Dashiell Hammett as much as other writers like Philip K. Dick and Graham Greene. Does that actually tell you anything about the book? I hope it does. I’m terrible at snap-synopses.” 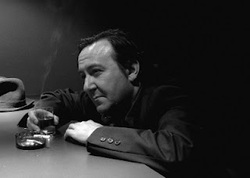 "Can you pitch Tobacco-Stained Mountain Goat in 25 words or less?"

"Er... a tankard of classic noir, peppered with sci-fi, humour and a heart, and accompanied by a hardboiled herring or two on the side?"