I’m not sure if it’s anything really to brag about, but Tobacco-Stained Mountain Goat has taken half my life to complete.

Mind you, not Tobacco-Stained Mountain Goat—the paperback that was published in April this year—per se, but the story to be told behind the rather wayward moniker and those new-fangled tobacco-stained covers designed by artist Scott Campbell.

This particular yarn is one that’s bubbled away since it surfaced in a short story I wrote in the late 1980s. That short story (now unfortunately mislaid in the midst of my dozens of house moves—mostly in Melbourne, but also in London and Tokyo) was about six hand-written A4 pages in length, and was basically the dream-sequence from the existing novel; in that original tale, however, it was anything but dream-like.

I can't remember the title of the short story, though the current protagonist Floyd was still Floyd then; the weather was just as bad, he still fended off the rain with a newspaper, and the joint influences of Ridley Scott’s Blade Runner, Terry Gilliam’s Brazil, Carol Reed’s Odd Man Out, and my ‘60s/’70s comic book heritage hung pretty obviously onto my coattails. 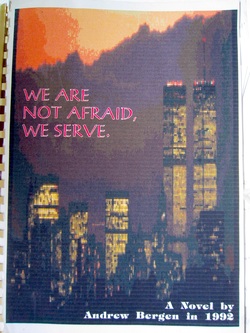 Back then, as the story wraps itself up, it’s a Controller—a Seeker’s nemesis already—who does the dirty work and affects termination. “Next time, shoot straight,” I recall penning as Floyd’s cynical quip while he cleans up the mess.

Somewhere en route along the past twenty-odd years it’s become Floyd whose aim and life is amiss, and we added about 200 pages into the mix.

I say ‘we’ because my erstwhile collaborator over the past three years of the novel’s gestation has been my editor Kristopher Young—the author of Click—who’s invested so much of his own ideas that the story has definitely shaped up as collusion.

But I’m getting ahead of myself, which I have a propensity to do; you may also have discovered that I tend to waffle a lot and use semicolons unwisely.

After the short story was written I shelved it for several years. The ideas continued fermenting somewhere in my coin-locker brain, until 1992 when I resurrected the romp while I was living in Richmond, in Melbourne (Australia), and extended it to a 162-page manuscript. I still have that version in a drawer next to my desk here in Tokyo—it’s all dog-eared and there’re different typefaces within the same tome as I started out on my mum’s electric typewriter, which of course ran out of ink, then graduated to my partner’s dad’s boxy, black-and-white screened Apple Macintosh with a dot matrix printer.

I remember scratching my head at the time, trying to nut out a half-decent title, and came up with We Are Not Afraid, We Serve. It always was a half-hearted moniker that lacked pizzazz. I was 27 at the time and I do cringe now when I look back at much of this.

But I was working a mind-numbing corporate job at an ad hoc government/private body called TAC Insurance, and it was there that I crossed paths with ‘Activities’ (real but semi-illegal video surveillance we organized of car accident victims doing aerobics and the like), plus the Guide to Deviant Apprehension & Containment was roughly modeled on the corporate TAC tome I had to learn by rote.

The book then sat on a dusty back-burner (in various drawers and boxes) for another decade. In 2001 I moved to Japan, and somehow got inspired to begin another version of the novel the following year, after copping a screening of Wong Kar-wai’s In the Mood for Love. 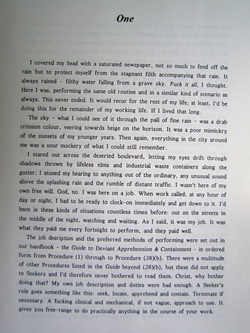 Things had quite obviously changed since the short story and even the ’92 version. The Cold War was well and truly kaput and VHS had given up the ghost for DVD. I was living in a hugely influential foreign city (Tokyo) and had been working as a journalist over the past eight years, focusing on my two loves: movies (preferably innovative cinema) and experimental electronic music.

I’d also really found a personal footing in the noir-detective cinema of the 1940s and adored the way in which the hero, the femme fatale, the dialogue, the lighting, and a dark, fickle edge shaped proceedings. While I discovered the cinematic takes on The Maltese Falcon and The Thin Man when I was a kid, I’d begun to immerse myself in the original novels by Raymond Chandler and Dashiell Hammett, and these influences started seeping through the woodwork as much as the rancid rain.

After the 2002 version, I put the book on hold again until 2007. I was now the father of a daughter (born in 2005) and I think that experience has influenced proceedings—beyond the novel itself being dedicated to her.

I was also writing (on a colour-screen Apple laptop) for magazines with names like Geek Monthly and Anime Insider, the Internet was all-encompassing, and ‘geek’ culture—with all that this entails—had become inadvertently cool.

Other things, like virtual reality (such a big part of the ’92 manuscript) had fallen off the radar, and technology I created and thought somewhat cool in 1992—such as the MittMate hand-held PC—had become redundant concepts thanks to, you guessed it, current gadgets like the iPhone and iPad. To counter this I twigged that it may instead be an idea to reverse-engineer much of the technology and make it faulty and unreliable.

Towards end of 2007 I bit the bullet and started to farm out what I had—then Another Sky Press took on the project, and I had a publisher.

Truth was, however, that I’d only actually finished the first chapter this time around; over the next months I finished the revision, then set foot with Kristopher Young into the bumpy new terrain known as editing… which was only finished in February this year. Since both of us were busy with other projects, bill-paying work and our own family lives, I like to think that the editing process was an undertaking worthy of Ben-Hur.

Small things as much as major issues have popped in between the lines along the way. 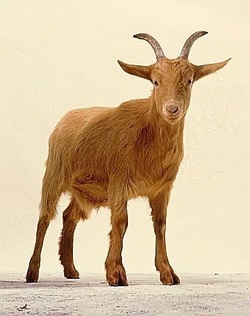 For starters inserting Japanese kanji symbols into the novel became part of the 2007-2011 journey. In 1992 there was none, not even mention of Floyd's tattoo fuyu (winter)—probably because I didn't get that ink myself until 1994—but it was there in the 2002 manuscript. And only that. The rest came later.

Likely the kanji really settled itself in my brain when I watched over a dozen Akira Kurosawa movies within a one-week period at the beginning of 2010 (for an article to celebrate the centenary since his birth); in his films there’s often kanji dominating the screen all by itself and it’s powerful stuff even if you can’t understand what it says.

Which is what the novel does try to hang onto throughout proceedings: a sense of cheekiness amidst the drama, quirky red herrings that reference my love of geek culture and cinema but do add something to the story, and a sense of historical revisionism that’s shaped the past 23 years of my life. God knows if any of it works, but for me the novel now is ten times better in 2011—because of these things—than it was as a short story in 1988.

Not that any of this means anything unless people outside my head space agree, and now I’m about to find out if they do—so where on earth has that darn tootin’ lucky rabbit’s foot got to?